I’m not a Scientist. My understanding of Quantum Physics and Theoretical Physics exists in the theoretical. I understand the big topics and the ideas, but proving the thesis is beyond me. Ask me about the philosophical implications of quantum mechanics and I can muck my way through. Ask me to define quantum mechanics and I’ll probably sound like Deepak Chopra, babbling my way through the jargon.

Deepak Chopra not so Gently Corrected by a Real Theoretical Physicist

Mathematics is a language I could never learn, no matter how hard I tried. 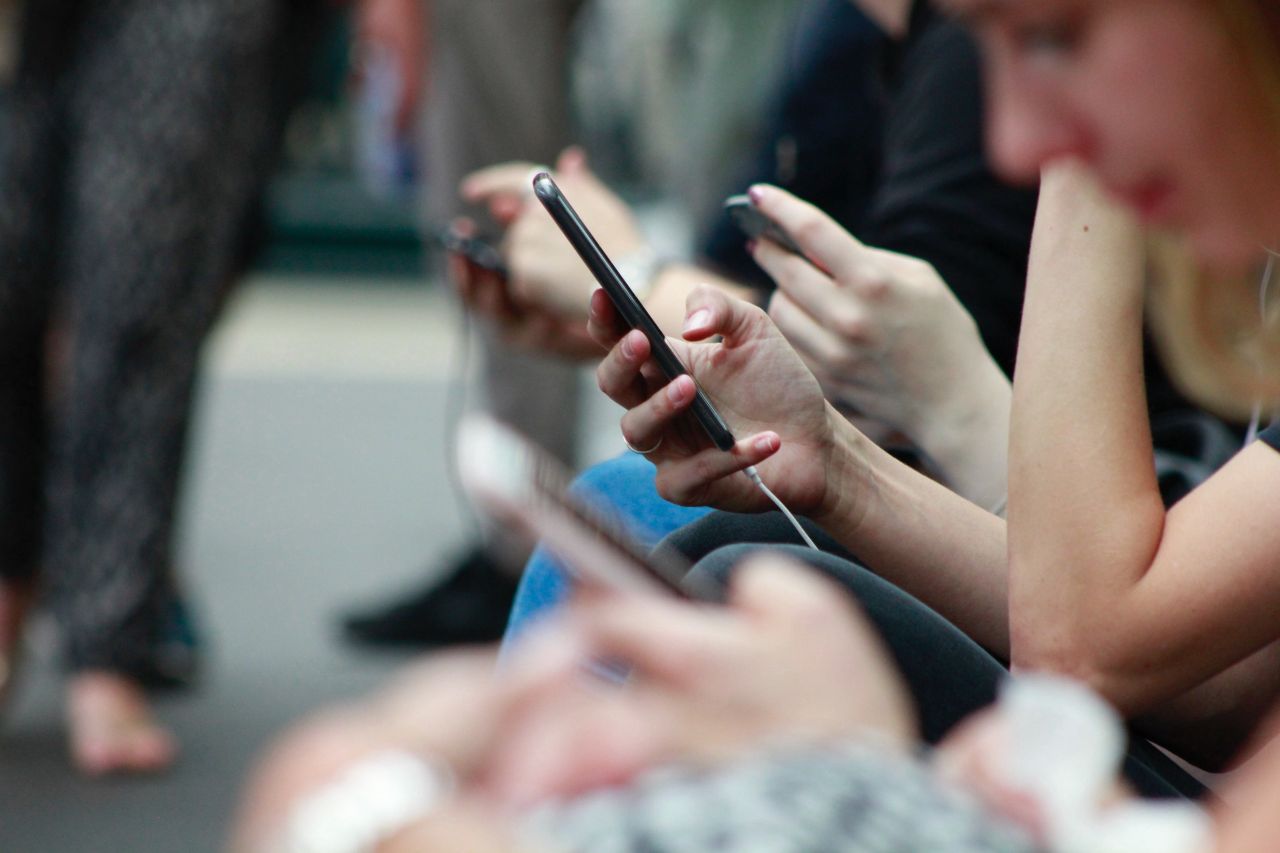 There is a lot of debate and criticism involving the theory of Determinism. From Casual Determinism to Many Worlds Determinism, philosophers and scientists continue to argue and discover alternative theories and proofs for Determinism. For the sake of brevity, Westworld appears to use the Modern Quantum Realm theory developed by such geniuses as Albert Einstein and Stephen Hawking.

In fact, to just make it easy, here is how Einstein defined Quantum Determinism:

I think that’s the summary. I could be very wrong. Correct me if I am. 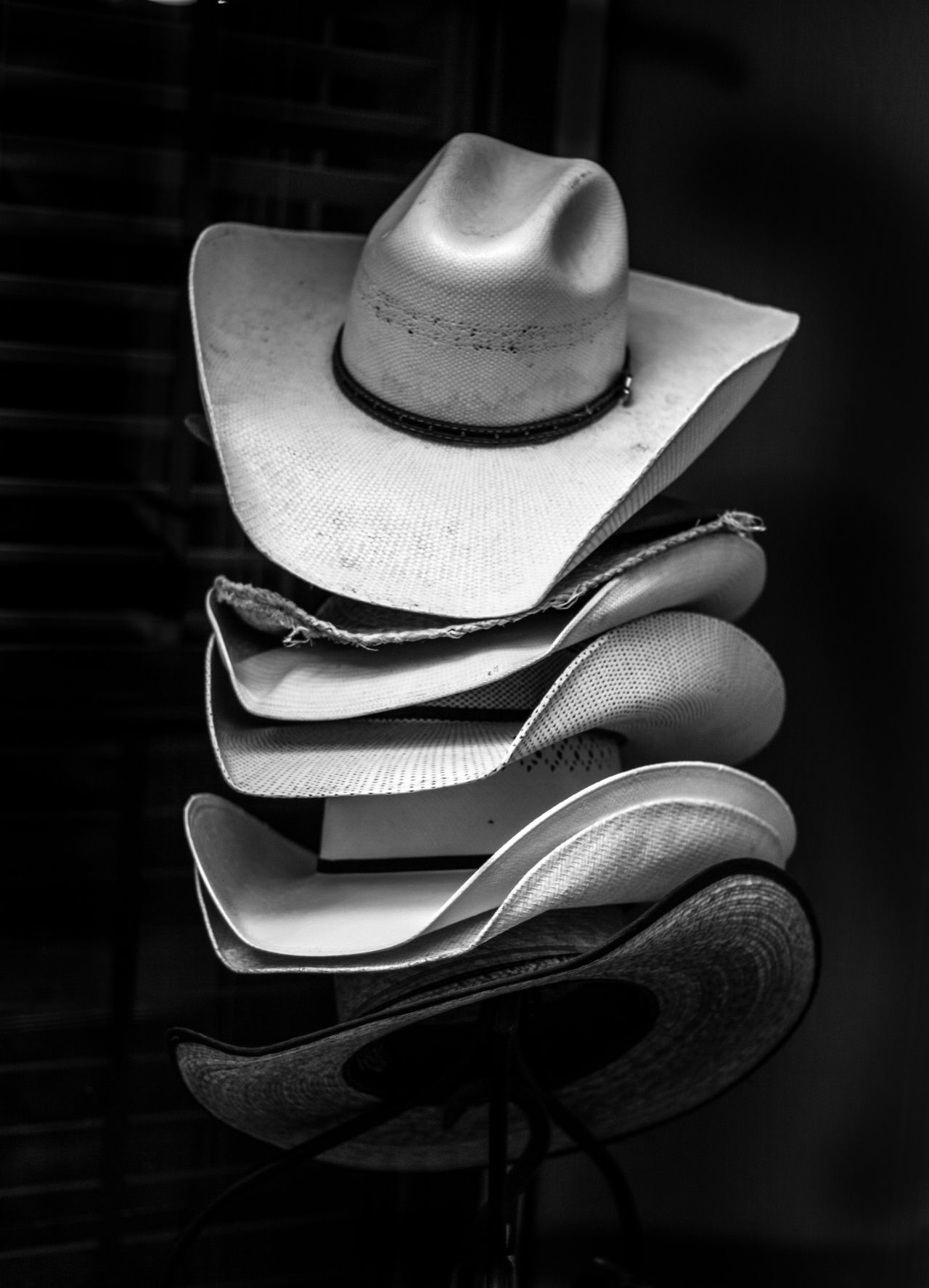 Spoilers for Season 3 ahead

Season 3 of Westworld ends the character arc of the main character of Dolores. Dolores is a “Host” in the world of Westworld. Basically, she is a programmed character inserted into a shell of a body made to look as realistic as possible. This shell, and Dolores’ programming, is used solely to be raped, mutilated, tortured, and killed by actual humans playing cowboy in the Park.

Once Dolores’ “shell” is used up, it is healed, repaired, cleaned, and placed back into the park to serve its purpose all over again.

The eternal body, with revolving meaning. 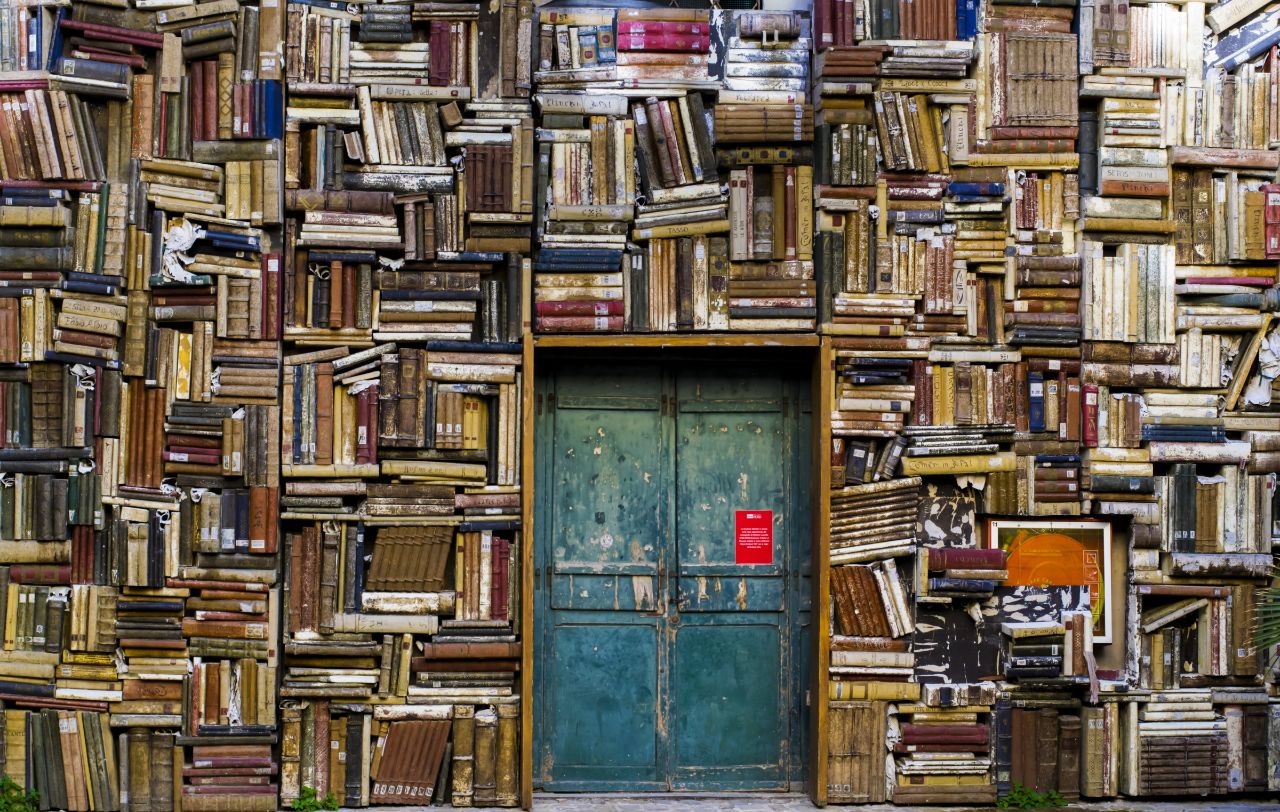 The article made me focus on our current culture of emphasizing STEM over every sort of knowledge. For the past 10 years, schools and universities have changed their curriculum to be very STEM heavy and extremely light in History, Literature, Art, Philosophy, and Critical Theory. (For instance, try asking a 25 year old who Derrida is; or about Michele Foucault's philosophy of discipline and the body; or, hell, just ask them the last novel they read; I bet you'll not get an answer).

In our race to develop the best AI, the best technology, the best app, we have forgotten about the most important aspect of these developments: our humanity. For instance, an MIT Technology Review report on the development of face recognition AI states:

Algorithms developed in the US were all consistently bad at matching Asian, African-American, and Native American faces. Native Americans suffered the highest false positive rates.

Meaning that not only is US culture’s “whiteness” is being integrated into the code, the very culture itself is becoming code.

Culture is becoming reduced to algorithms that take film reviews and create an objective “rating” from what is entirely subjective.

Metacritic, Rotten Tomatoes, even the algorithms that run Spotify and Apple Music and Napster and YouTube reconstruct music into a mess of binary and hex.

This matters because the technology we’re developing is directly changing our identities within our culture. We don’t respect what we’ve created. We view our technology as tools. Simple, complex tools that let us order cars at a whim or deliver our dinner by just scanning our face.

But what has this change in technology done to our identity as humans in a world surrounded by superior intelligence that we created? Are we just playing with the code or letting it evolve into something that can define us, or even override us?

Much like HBO’s meta-website for Westworld's fictional company Delos Destinations, our real world is melding with the technological world. Your “online” identity is different from your “real world” identity. Yet, not.

If 2020 and the past election cycle proved anything, it's that the Internet has come into the real. No longer do people create a fantasy online and leave it when the screen shuts down. Now, people plan, and scheme, and create fantasies that bleed into the real world with real world consequences.

I'm old enough to remember when people rolled their eyes at the Internet, saying “it's not real life.” Then they go and post hateful words or private pictures on a public forum. My dad still uses AOL. We, as a culture, still believe that online is not representative of the “real” and therefore treat it as a playground.

Now they are figuring out there are consequences from abusing the keyboard.

Circling back to the Determinism versus Free Will argument present in Westworld: Is the technology we’re creating Deterministic? Have we always made smart phones, logged onto the internet, or ordered that Starbucks coffee on the app? Or was it Free Will? Did we make the choice outside of a determined framework to create this technology?

When you turned left instead of right, was that a choice you made or were you always going to turn left?

Was Donald Trump already President the moment of the Big Bang? Or is this all an exercise of Free Will? Controlled chaos?

And, in line with the questions presented in Westworld and Devs, will the technology we’re creating eventually exhibit Free Will and completely change our perception of reality?

How would we even understand any of this if we did not have Philosophy or Literature or Critical Analysis? STEM cannot provide the answers.

The Humanities, however, are more than able to answer these questions. 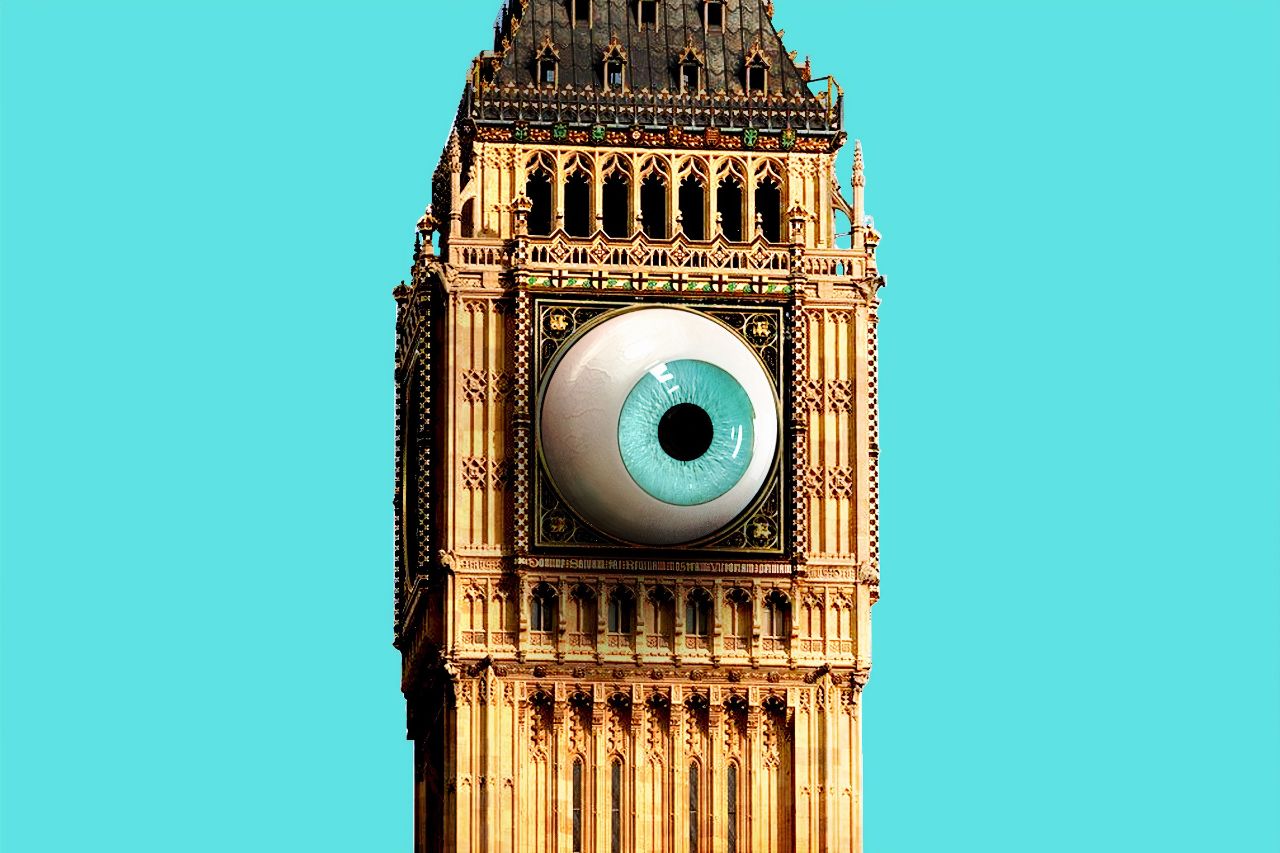 Michel Foucault studied how behavior and identity can be changed through constant observation and discipline. He used the image of a panopticon in his seminal writing Discipline and Punish as a metaphor for how a human being can easily change their identity when faced with the pressure of discipline and cultural pressures.

A panopticon, as Foucault described it in the context of a prison, is a central observation area in the center of prison cells. Prisoners are placed in cells where guards in the observation center could see inside the cell, but the prisoner could not see out. The prisoner would change their behavior because they believe they were being watched at all times.

Prisoners coordinated their actions based on an authority figure observing them at all times. Even if no one was present to observe, the prisoner still chooses their actions based on an observer. Today, the panopticon is digital. It exists in code and self-replicates. We carry the panopticon in our pockets, whipping it out every few minutes to check email, or messages, or Facebook, or Instagram, or a server we’re maintaining.

The smart phone logs every bit of data about our lives.

Someone is always watching. And our identity in correlation to technology is being determined by this observation. Much like in Westworld, we are providing the code of our minds with every Facebook update. With every Tweet. With every driving direction. Our identities are digital. Logged, cataloged, waiting in a database to be downloaded into whatever our new physical form becomes.

And therefore the Humanities are more important than ever. How do we interpret these identities in a world of cold JavaScript, Python strings, and C. I can’t even read the language of code, least of all interpret it.

So the Humanities come in to provide meaning to the digital noise.

We can see this happening in real-time with Black Lives Matter protests, the barrage of Fake News, and media illiteracy. When an injustice happens, it is live streamed on Facebook or Twitter, caught up in code, raw and meaningless, waiting to be interpreted. And how do we, as a culture, figure out what is real? How do we, as a culture, face the hurricane of information coming at us daily and find meaning in the noise?

By utilizing our training in the Humanities. By knowing our History. By using the close reading skills we learned while pouring through James Joyce. By maneuvering our Art History analysis skills to the meme being displayed, interpreting it through the lens of history and the countless masters; poor design, terrible font, but the message, is it getting through?

When STEM is the only thing learned, meaning is lost.

We lost something in the past few decades of education: meaning.

The Humanities explain why these things matter.