When I taught my English classes at the university, I taught my students critical thinking. I beat into them to question their sources and make sure the information they were presenting was factual and true. This was at the cusp of Wikipedia and the explosion of the internet. Smartphones weren’t a thing when I was teaching.

I would ask them to construct an argument why we should ban DHMO or why we should not ban it. The group members had to be unanimous in their decision.

I would always have the cocky science major raise an eyebrow at me, as if to say, are you serious? But most of the time the groups would vote to ban DHMO. They’d present perfectly logical arguments why; their presentation based on the information I gave them.

And every student would groan and be upset with me when I told them they effectively banned the usage of water. Many students would complain that I tricked them and made them feel stupid.

I would tell them that’s the exact point of the exercise: how information, language, and rhetoric can manipulate your opinion. I would enforce the lesson that they were not stupid, just not trained to be critical of information presented to them. That they believed everything because it is presented as true.

It was an excellent lesson, and all of my students thanked me for it.

I’m wondering what the hell happened. When did expertise die, supplanted by YouTube videos made with a slick production spouting pure stupidity?

When did we all start believing our own truths instead of agreeing on certain universal ones? Like how the Earth is round; and how a novel virus is not a political hit job; and what were once insane paranoias of Satanic blood sacrifices whispered in basements now become fully held beliefs by people in Congress?

Q is an internet troll that leaked into the real.

If Social Media has shown us anything it’s how stupid and gullible the common person is.

But when the alternative is giving in entirely to outright lies posted by a once close high school friend, I’ll frigging proudly own those labels.

People think they’re defending the holy idea of free speech on Social Media. But most people don’t understand that speech has consequences.

Yes, you are free to say what you want. But don’t expect people to respect your opinion if it’s based on lies and debunked information. You are wrong. And you need to be told that you are wrong. Don’t fight the critics who are telling you your information is flawed.

Look, the XKCD guy said it better than me: 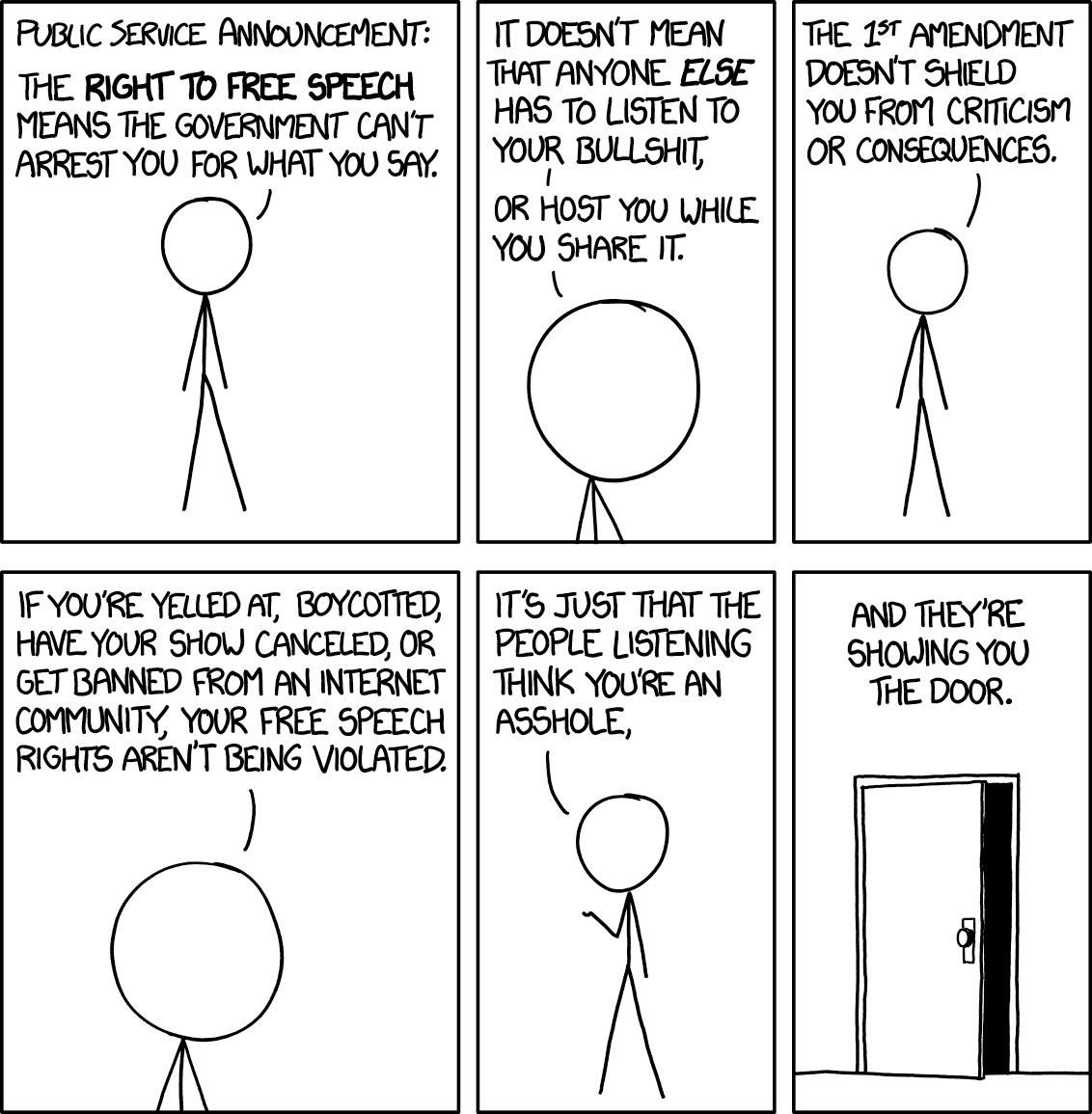