Last week, I decided To just say “fuck anxiety” and start writing my novel again. It's already been published, but right now, it exists as a short story.

I want a novel. 1,000 words or more, my story fully told and not sidelined by goddamn anxiety.

So I wrote. I wrote more onto the beginning and I'm quite pleased with it. It doesn't jump right into the action of the story but does tell more about the darkness within the main character.

One of my major literary influences is Thomas Pynchon, especially his usage of paranoia and unexplained groups in his works. I'm specifically thinking of the muted posthorn in “The Crying of Lot 49”. The posthorn comes to symbolize an anarchic group called W.A.S.T.E which is an underground postal service. Or it could symbolize The Trystero (sometimes spelled Tristero), a shadowy group of mail carriers bent on overthrowing the US Postal Service.

I thought, “Neat! I have the μ in my story; Pynchon influence!“

I want the μ (mu) to be more integrated into the story. It’s supposed to represent the main character’s spiraling paranoia, him believing a dark, secret group is after him. Watching him through the tv frequencies. Or following him.

He escapes into holographic fantasies where he murders holographic women (it has a deeper meaning, I swear). Kind of like the show Westworld but published 4 years before Westworld premiered.

So my novel is a combination of Thomas Pynchon, William Gibson, Lisa Joy, and Johnathan Nolan. Except not. 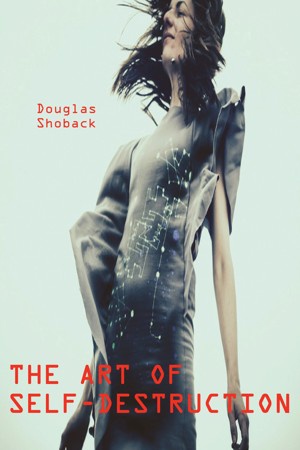 Every story has already been told. There's nothing new under the sun. The purpose of telling a story, or doing art in general, is the execution. How you tell the story, how you spin the pot. How you paint a masterpiece.

So back to writing. I hope I can create some good.

Let me know what you think on Remark.as